What do we mean by "Culture"?

The field of culture

In everyday language it is so common to refer to the term culture yet it is difficult to find a concise definition for this word. The concept of culture became almost a passé-partout for most of social or psychological phenomena, and its meaning became so broad that as of today there are hundreds of different definitions, many of which are very distant from each other. To mention some important thinkers, Kroeber and Kluckhohn (1952) state that “Culture consists of patterns, explicit and implicit, of and for behavior acquired and transmitted by symbols, constituting the distinctive achievement of human groups, including their embodiment in artifacts; the essential core of culture consists of traditional (i.e. historically derived and selected) ideas and especially their attached values; culture systems may, on the one hand, be considered as products of action, on the other as conditioning elements of further action”. Clifford Geertz (1966) claims that the culture concept “denotes an historically transmitted pattern of meanings embodied in symbols, a system of inherited conceptions expressed in symbolic forms by means of which men communicate, perpetuate, and develop their knowledge about and attitudes toward life”. For Foucault (2001) culture is “a hierarchical organization of values, accessible to everybody, but at the same time the occasion of a mechanism of selection and exclusion”.
The concept of culture seems to be so clear, and so concrete, that it is almost measurable. But having so many different definitions of what culture is, it maybe because it is too abstract. Every definition is in fact too broad and unsatisfactory as it tries to grasp a concept which indeed does not exist anywhere, even though it is commonly considered as a matter of fact. Considering culture as a set of values, for example, does not help in understanding the process undergoing the formation of such values, or how the culture is changing. It can give a picture of the moment, but it does not help to understand the conditions which brought it to that state and how things are changing. Following Park (2005) the very concept of culture is more likely employed as a signifier of difference, where “this difference is written as a particular marker for ethnic minorities and people of color. All of the reviewed articles employ the labels minority, people of color, and ethnic as synonyms for the culturally different, and the culturally diverse”. Culture has also largely replaced the categories of race and ethnicity as the preferred trope of difference. But then the question is “different from what?”
For overcoming these impasses it may be the case to start from the etymology of the word culture, which refers to “cultivating, to cultivate”[1]. This clearly indicates an ongoing process, and not something concluded. On the contrary, trying to define what culture is kills the culture; it gives a representation of the culture, which is no longer culture. It may be better to shift from considering culture as a concept, a noun, to considering it as a verb. Both terms culture and cultivation have their root in the Latin cultus, which refers:

“not only to cultivation in the agricultural sense, but also to training, style of dress, refinement, sophistication, and civilization. […] our current terms culture and cultivation retain these many figurative echoes. They also clearly retain these interesting double sense or ambiguity of the original: on the one hand, cultivation is the dirty work of tilling the soil. This is what those sweaty farmers do out in the fields, outside of the town, far from the opera house and the fine dining establishments. On the other hand, cultivation is sophistication, refinement, gentility, keeping your hands clean, pursuing the life of the mind, acting civilized” (Toadvine, 2005). 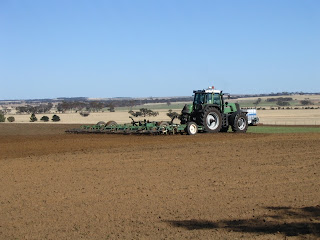 Rather than focusing on the fruits of the tree of the knowledge, it should be better considered how the tree is cultivated. Rather than measuring culture by what is transmitted, what is perpetuated, what is achieved (the content), the focus should shift on how knowledge is produced (cultivated).
It is also interesting to note that “the terms culture and cultivation harbor the seeds of an entire series of oppositions like mind vs. body, city vs. country, theory vs. practice, culture vs. nature. Cultus, our Latin starting-point, is related to culter, blade, as in the blade of the plow. This is a blade that cuts two ways”. And for remaining in the plowing metaphor, it is to be reminded that “going of the furrow” is synonym of delirium “madness, be crazy, rave”. The Latin deliriare means in fact going off the track, the furrow. As to say that cultivation is the blade makes the furrows, and sets the tracks that define a culture. This is why different (sub)cultures are generally intended in terms of deviance from the track, lack, or even madness. This blade can be intended, more radically, as the speech, as the language. Indeed, the very distinction between nature and culture is fictional, as before the language there exist none of them. The very idea of agriculture, for example, means that the two terms are not in antithesis, they are an oxymoron that cannot be solved, but quite on the contrary they can only coexist. The field of culture is then of pertinence of the field of language.

The study of the knowledge a population shares is particularly interesting; its beliefs, its myths and values; but one cannot limit it to a descriptive, phenomenological level. As Patterson (2004) says, this would correspond to making some dangerous oversimplification and categorization that will only lead to a collection of prejudices and stereotypes. Stereotypes are for example the identification of identifiable markers of a culture, or the conceptualization of culture as a category defined by essential, fixable traits. Marc Augé in his long interview with Anthony Molino (2004) says that this is already a reified concept of culture, fixed difference rather than positional divergence, which moreover masks individually identifying it with cultural collectivity. Cultures are then presented as characteristics that “can be attributed to groups of people, who in turn can be identified by those essential attributes. Such essential definitions of culture are usually modified, appended often with caveats […] These caveats, do not, however substantively affect the functional conceptualization and deployment of culture […] Remaining embedded within the caveat is the identification of a static core culture which can be modified and differentially adhered to, since variance must center around something, and modification presupposes a core entity which can be modified but remain discernible as itself.” It is then contradiction to say that there are many differences in the world, that “we should respect every culture”, and then deal with these so-called cultures one man or one woman at time, whose identity bends to the demands of a presumed collectivity.

This definition of culture is just one of the many aspects of the dominant ideology and it doesn’t allow to know a real person in the totality of his human experience. Furthermore, if there culturally diverse, it means that a standard is set, and the standard is the Caucasian mainstream, inscribed in its turn as the culture-free norm. The paradox, revealed by Park (2005), is that then the others are in the position to have culture, but a culture conceptualized as deficiency. “Culture in this arithmetic is a marker for the periphery, a contradictory descriptor for a deficit, since to have culture, in this schema, is to be assigned a position subordinate to that of those inscribed without culture. As the anthropologist Renato Rosaldo puts it, the more power one has, the less culture one enjoys, and the more culture one has, the less power one wields”.

The question of cultural differences is rather the question of the “culture of differences”: the culture itself cannot be a problem; culture comes as an added value to the relation. Why should cultural differences represent a barrier? If there is a value, if there is culture, how could this represent a minus in the relation? The limit is the phantasm for which all should be the same (defense of the race), or different (discourse of anthropology), two variants of paranoid discourse (Verdiglione, 1980).

[1] mid-15c., "the tilling of land," from M.Fr. culture and directly from L. cultura "a cultivating, agriculture," figuratively "care, culture, an honoring," from pp. stem of colere "tend, guard, cultivate, till". The figurative sense of "cultivation through education" is first attested c.1500. Meaning "the intellectual side of civilization" is from 1805; that of "collective customs and achievements of a people" is from 1867. Source: www.etymonline.com
Posted by Diego Busiol at 13:31 Nessun commento: