Why the unconscious was not “discovered” in China? Other and Desire in Hong Kong. 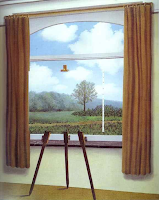 I find relevant and interesting that the Chinese thought has never encountered, that has never theorized the question of the Other, the unconscious. A rather radical question could be: would it be possible to “discover” the unconscious out of the Western discourse?
One possible starting point is that the Chinese thought has never theorized anything similar to the unconscious because it has never developed a conception of the subject similar to the western one: only supposing a subject of free will one could see its limitation and inconsistency. Only assuming the (specious) idea of a subject fully master of his actions, one could discover the Other. But I wonder if in the so called “collectivistic” societies (a misleading term for indicating the Asia cultures, opposite to the “individualistic” western societies) the theorization of a subject could have ever been possible. From my understanding, the Chinese thought maintained a focus on society and against the individual, orienting attention far from the subject, which most likely was considered as something negative. The same notion of self has rather opposite meanings: while in the West it indicates someone who differentiates from others, in Asia it refers to someone who become like the community he belongs to, meaning not being distinct by the rest (someone, from a westerner perspective spoke of selfless, which is quite arguable in my opinion). 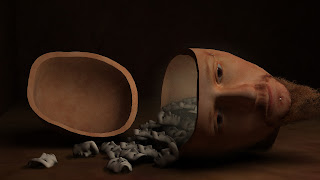 Furthermore, Chinese thought has never made a distinction between body and mind. The West did it, and this has represented at the same time a limit and a chance for further elaborations. Probably it is only assuming the separation between something like a mind and a body, and locating the subject in the mind, that it has been possible to theorize the unconscious. Not that I am neglecting the theoretical and societal relevance of the concept of subject. On the contrary, it should deserve further attention. It has had some fundamental consequences, for example at a societal and political level (becoming autonomous subjects means that there are no longer masters and slaves, but individual with same rights and dignity); but the subject, as theorized within the western discourse, is in my opinion one of the greatest source of confusion and origin of problems; and I argue that most of the clinical manifestations that we can observe, and most of the symptoms, are related to a precise idea and representation of the so called subject (also the notion of personality descent by the subject, and it is not a case that Chinese thought has never developed any theory of personality). 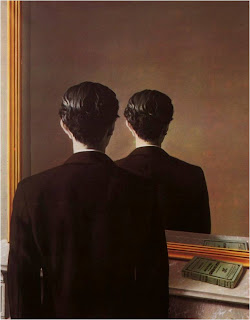 I believe that the Chinese thought has never had the chance to thinking anything really radical on this regard. The Chinese tradition has always put at the first place the society, the community, and doing so it has always had a clear (because physically present, countable) other to the individual. This is not, as some might say, the main difference between Chinese and western societies; it is not simply that in the West individual and self-realization come first. The most important point is another, as Chad Hansen wrote: “the difference between China and the West is that the first put the subject in the world, and the second in the mind”. What does this implies? In Chinese tradition the individual has to face the rules and the law of the humans; on the contrary, in the West the person is not in relation to many others, he can even forget the others. What really matters is something radical, absolute, something “inward”.
Putting aside for a while the society, the others, western philosophy had (the chance) to face something more radical. And I don’t refer to religion, which is something interesting but still represents in my opinion a tentative (too anthropomorphic) to localize, to give a place and a name to such otherness. When we mention the question of the Other, of the unconscious, in background is always the question of the word. If we didn’t consider that is the word to be originary, we would reduce everything to ontology. What is really radically Other, what cannot be localized, or quantified is only the language (the mind is another invention for identifying a site of the language): all humans, as people speaking, we all are born within the language and structured by the language. We all were born within something bigger than us, something that makes at the same time all the humans equals and subjected to a law they cannot escape, the law of the language. All humans are subject to the law of language, and it has nothing to do with any moral code, or expected norms of behavior. It is structural, radical, not depending by any human will; it is experience of the limit. The West could experience the limit, and what was beyond the subject; on the contrary the Chinese thought located this otherness outside, finding many small others, instead of the (big) Other discovered by psychoanalysis .[1]
Where lodges the desire
Precisely, further elaboration of the desire is what Chinese thought lacks more (to be clear, for us the desire is unconscious, then out of the sphere of morality; neglecting the desire it is difficult to theorize the unconscious, and vice versa). The desire plays in the background, I would say; it is neglected, or most likely removed. But of course, when something is meant to be removed it plays even a greater pressure. 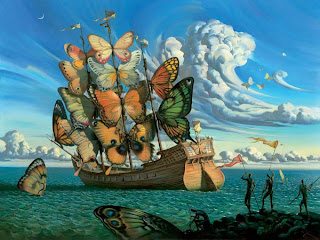 Is it really possible to simply avoid the matters of the desire and the unconscious? What does it mean, and what consequences can have to theorize or not the subject (divided), recognize or neglect the question of the desire, consider or not the unconscious, etc…? How does it reflect on everyday life? And what way the unconscious finds for giving expression to the desire? And how, for example, does it shape the expression of symptoms?
So I read the Hongkongese society: there is a very low habit (consequently a low ability) in listening the own desire. Desire is often repressed, it cannot be named (I argue it is both a social norm and a general difficulty in expressing it), but of course this doesn’t mean that it doesn't have a weight.
Failing to articulating the desire, many people try to find satisfaction collecting the “goods of desires” (this is also the name of a famous chain store in Hong Kong), so that the shopping became the national sport, and in many cases it became a sort of tentative of auto-therapy, a substitution, even a symptom. By this point of view the people pursue what they perceive as a fulfillment of desire not less than elsewhere. But we know that the unconscious desire has not a specific object. And for what concern the expression and the articulation of the own desire, Hong Kong people often demonstrate some difficulties.
We use to say that the desire is the desire of the Other. We could read this in at least two ways. But interestingly, here in Hong Kong one meaning seems to prevail, as if was the only acceptable: the desire “which belongs to” the Other. The other possible meaning (desiring the Other) is apparently removed, as if socially improper. And in fact in Hong Kong (and in Chinese society in general) it is not good being seen by others as "desiring"; there is a great decency in front of others, a great sense of shame covers any expression of desire. And at the same time great attention is given to the desire coming from the Other. Whatever finds in position of Other has to be desiring, and his desire has to be strong, continuous, reliable, without uncertainties or intermittences. 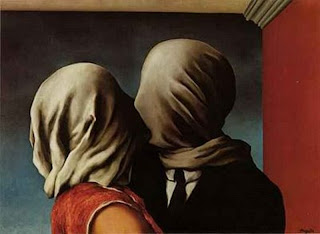 It looks like as only the Other is called to define what is desirable; as if it could only be possible to desire what the Other desires, where his desire is oriented. So I read the fascination that I often perceive for the West, or for Japan, those countries that more easily occupy the position of the Other. The Other can be extremely fascinating, everything that comes from the Other (from the West?) is good and attractive, while formally the individual cannot show to be desiring, cannot show to be oriented by his own desire, this dimension still lacks completely.
As a consequence, the more the question of the Other is neglected, the more it emerges, and the desire is represented and projected all over objects, goods, and idealized lifestyles.
[1] Yes, also in Chinese thought there is something above the humans, the Tian, the sky, or heaven. But I read the Tian as a tentative to representing the Other. The Tian is something the individual has to deal with; surely, also in Chinese tradition the man is not fully master of his acts; he doesn’t simply do what he feels or want to do; the sky lies above the individuals, and it is tied to him in a one-way (top-down) relation. For example, Confucius claimed that "Heaven has given birth to virtues that are in me"; and Mozi said that the Heaven has its will, which humans must follow. But the Heaven, which is not only the origin of the world but probably the world itself, is more the site of the natural and moral order, expression of the good and the bad, kind of a code the individuals should respect. Morality then, rather than ethics.
On the other side the Xin (the heart) is at the same time the organ for thinking and the seat for thought and emotions. The heart, and not the brain. No division between affects and cognitions: the xin guides action, but not via beliefs and desires. It takes input from the world and guides action in light of it (Chad Hansen). There are not (personal) beliefs, because the path should be clear to everyone, as indicated by the sky, by societal norms, by conventions. And there are not desires, because in Chinese thought the desire is generally evil, as something to avoid in any case. So the action should be in accordance with what is good, what is right, then with morality.
Posted by Diego Busiol at 19:18