History does not exist. Not the definitive version at least. Anyway, looking back to the first contacts between China and psychoanalysis can be helpful for gaining a better picture of the present. The history of Psychoanalysis in China is not only interesting; in particular, if we can compare how psychoanalysis has spread in other parts of the world, and we compare it to the situation of China we can get some important insights. With the indubitable advantage that analyzing the Chinese context we can compare at least three different places (Mainland China, Taiwan and Hong Kong) that share a similar language and a similar culture, but definitely follow different routes. Comparing these three places, analyzing the differences between each other, we can dare some deductions and we can easily check and falsify some first hypothesis.
China has showed some resistances to Psychoanalysis already in the past, and there are actually many possible reasons for that: cultural, linguistics, political. At first I would ask if the development of Psychoanalysis in China has been hindered by something structural, or by the contingencies? First option: the language for example, which seems to me the hypothesis of Lacan. The Chinese language, being a non alphabetical language, has a complete different structure that shapes differently the way people speak, think, live. What consequences does it have for Psychoanalysis? Or, is the other option, Psychoanalysis in China didn't develop because of the contingencies ("it was not the time" we could say): the different lifestyle, a lack of training, some miscomprehension, political opportunism, etc. but anyway something that can always change. Of course questions need to be refined, and we’ll see how long is the way, and how things are more complex than they appear, but I wanted to point out this first distinction.
As said, psychoanalysis is not new to China. Between 1920 and 1949 there was a wide reception of psychoanalytic ideas in China (Gerlach, 2003), most of leading intellectuals used and discussed psychoanalytic concepts in their works (Zhang, 2003), and some of Freud's works like “Introduction to Psychoanalysis” were translated into Chinese. Psychoanalysis was becoming popular, probably more because of its efficacy in criticizing the weaknesses of society than as a therapy. It is during the thirties that China had its first psychoanalyst, Dr. Bingham Dai.
Dai was a psychiatrist of Chinese origins who received his training from Sullivan, in New York, and from Saul in Chicago, before he went back to Peking for working at the Peking Union Medical College, from 1935 to 1939 (Varvin and Gerlach, 2010). Anyway, after the founding of the People's Republic of China in 1949 psychoanalysis was criticized as an element of bourgeois ideology. Just as happened in Soviet Union, the Pavlovian experimental psychology was elected official doctrine, and it is only after the intellectual re-opening in the 1980s that Psychoanalysis began its revival (Zhang, 2003). At present few organizations of western psychoanalysts, or even some psychoanalyst alone, move yearly to China offering training, mainly in cities like Beijing, Shanghai, Chengdu (Varvin and Gerlach, 2010; Schloesser, 2009). Some organization even offer formation (teachings, analysis, supervision) through internet. In the background, in my opinion, lies always the idea that psychoanalysis must be "exported", as it was a knowledge that we could just teach and share acritically, while I argue that it should be the opposite. It is precisely psychoanalysis which should take this re-opening of China as a challenge and a opportunity. The point should not be "how to export psychoanalysis to Chinese", but rather "what psychoanalysis could get from China (or Hong Kong)?". I wonder who can benefit of these experiences. I guess not psychoanalysis. 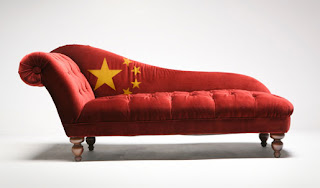 More articulated is the situation in Taiwan, where Psychoanalysis is present in some university departments of literature and philosophy, and not just among professionals, therapists, and psychiatrists. In last four decades Psychoanalysis has been drawing much attention from the intellectuals in Taiwan and some of the classic works of Freud were translated into Chinese, mainly by medical students or young psychiatrists. However, as for China, the main problem was to set up a proper training, so many candidate psychoanalysts went to London, Paris or the US in order to pursue a proper formation and a own analysis (Liu, 2010). Psychoanalysis is taught in some major universities like the National Taiwan University or the National Chiao Tung University, in relation to literature, gender studies, philosophy, social studies, cultural studies. The clinical aspect gains here a broader meaning than that of a therapeutic technique; Psychoanalysis assumes a societal relevance, and enters departments like that of Foreign Languages and Literature, or the Institute for Social Research and Cultural Studies (most of professors in these departments received their PhD abroad). Further from being an isolated case, this is closer to the situation in Europe or America; in many western universities Psychoanalysis finds more appreciation in departments of humanities in general (philosophy, literature, arts, media) rather than under Psychology specifically, where the mainstream is represented by cognitive and behavioral sciences.
Hong Kong represents a casa apart. Contrary to China and Taiwan, Hong Kong registers no significant activity about psychoanalysis; apparently there are not active psychoanalytic associations, and no psychoanalysts. The same name of Freud does not say anything to most of the people. Even the Chinese therapists who have been trained abroad and have received a training in Psychoanalysis seem to operate quite differently once they are back, as if they have to “adapt” to the local context. It is difficult to understand whether there is no psychoanalysis because there is no demand for it rather than, on the contrary, there is no demand because nobody knows psychoanalysis. 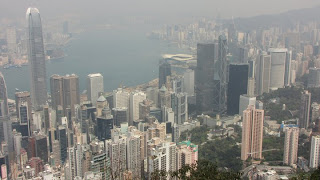 Why Psychoanalysis is absent from the scene in Hong Kong, for what reasons? Hard to say that something inner the Chinese thought or the so called Chinese culture can hinder the development of Psychoanalysis. Culture, by its very etymology indicates a process of growing, and it’s hard to believe that a culture could oppose to the development of any critical thinking. It is most likely the opposite, meaning that the limitation could be due to a lack of culture. This could be particularly true for Hong Kong, particularly if we consider that already in 1934 Hong Kong was criticized for being just a commercial centre with no culture (Yu Sheng, 1934). Comparing the presence of psychoanalysis in some areas (Mainland China and Taiwan) to its absence in others (Hong Kong) we might argue that such limitation of the development of Psychoanalysis in Hong Kong might depend by some characteristics of the place. Surely a lack of training. But maybe more relevant is a general lack in critical thinking. Not to mention that psychoanalysis has probably no “market”, as it doesn't match the fast-pace life of Hong Kong, the place where everybody just want "quick solutions, quick fix"; the place which motto is "less talk, less wrong".
But, again, even if all these considerations were true, still the challenge for psychoanalysis would remain: how to instill some curiosity for Psychoanalysis? How to suggest them the question of the Other? How to let them catch the centrality of the word, of the speech? How to let them understand the priority of this question?
Gerlach, A. (2003) Psychoanalysis – an Inspiration for Chinese Culture? Lecture, Taiwan Centre for the Development of Psychoanalysis. Taipeh, 3.5.2005
Liu, E.T.H., Chen, W.L., Li, Y.H., Wang, C. H., Mok, T., Huang, H.S. (2009), Exploring the efficacy of cognitive bibliotherapy and a potential mechanism of change in the treatment of depressive symptoms among the Chinese: A randomized controlled trial. Cognitive Therapy and Research. Vol 33(5), pp. 449-461. Depressive Symptoms in Chinese, Cognitive Therapy and Research, Vol. 25, No. 3,  pp. 303–310
Schlösser, A. (2009). Oedipus in China: Can We Export Psychoanalysis?. Int. Forum Psychoanal., 18:219-224
Varvin, S., Gerlach, A. (2010), Development of psychodynamic psychotherapy and psychoanalysis in China, online at: www.ipa.org.uk/Files
Yu S. (1934), Xianggang xiaoji, Qiantu, vol. 2, no.5
Zhang J. (2003), Psychoanalysis in the Chinese Context, IIAS International, Institute for Asian Studies Newsletter, March 2003, online at: http://www.iias.nl/iiasn/30/IIASNL30_08_Zhang.pdf
Posted by Diego Busiol at 12:32