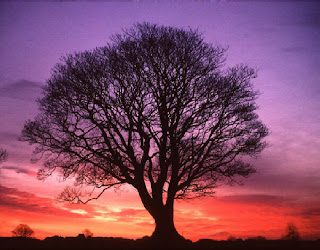 English and Italian can be also paratactic, especially in the spoken language, but anyway they tend to be more hypotactics. Chinese is paratactic because in Chinese there are no connectors (and, also, in fact, even though, nonetheless, anyway, despite, etc...), so the clauses can only be placed side by side, juxtaposed (a famous example from Julio Cesar is: “I came; I saw; I conquered”). Following Du and Yu (2008) “English emphasizes the complete structure of a sentence and pays much more attention to the grammar rules. […] The sentence structure is relatively complete and the sentence is relatively rigid”. Liu (1991) states that “Comparing with English, Chinese is not restricted to the grammar limitation and its sentence structure is more flexible than that in English” (as cited in Du and Yu, 2008, p.42). As opposite to Italian, the grammar of modern Chinese is more linear and sentences are more simple and clear, not too long and not too articulated. English and Italian develop more like a tree, while Chinese are more like a bamboo.
Huang (2009) distinguish the two languages identifying Chinese as “discourse-oriented” and English “sentence-oriented”. Compared to Chinese, English aims at capturing, defining, transferring the meaning. On the contrary, Chinese depends more by the context, and this because “Chinese emphasize function rather than the form” (Lian, as cited in Du and Yu, 2008, p.42). And as Wang notes “English emphasizes formal cohesion while Chinese focuses on semantic coherence. English is controlled by grammar law while Chinese is governed by user convenience” (Wang, as cited in Du and Yu, 2008, p.42). As a result more work is required to the reader, but the meaning is more open. This is the spirit of real Chinese which emphasizes various understanding and reflection in the world. 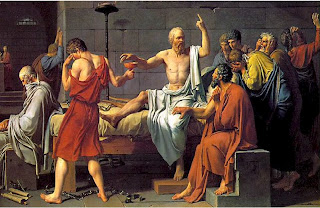 In Chinese there is not the same obsession for the precise meaning as in the west, where we are always in search of “the right words”. We think that the right words are those that better describe the object, those that better “grasp” the “essence” of the concept; for the Chinese, words count for the effect that they can produce, rather than the (supposed) meaning that they should transmit. So, the words are “right” or “wrong” depending by the effect that they provoke within the relation, within that context; they can’t be defined in advance. For the Chinese, words rarely help to clarify, but quite on the contrary they add noise, confusion, chaos. Apparently the Chinese are more aware that misunderstanding is structural to speaking, while we westerners still think that everything can be said, that meanings are shared, and that the misunderstanding can be eliminated. Not only the combination of the clauses within a sentence, but all the speech should follow an order with a beginning and an end. Since the presocratics, Western has developed rhetoric. Oration has some premises that need to be exposed, argued, and demonstrated by some proofs before jumping to the conclusions. The structure of the discourse, the way elements are disposed, arranged (taxis), all reflect an attitude. Western has always adopted, from philosophy to art, or food, the monadic solution: the single thought, the perspective, the point of view, the main/only dish. In China, food fits differently: one does not go without the other, the opposite go in combination. In Chinese culture, food can be warm or cold and need to be combined to gain the balance.
While the western thought developed around the concept of logos, the Aristotelian reasoned discourse (Rahe, 1994), the isolation of parts (concepts and ideas), and the definition of meaning, Chinese thought searched the balance of the opposites and has given more importance to the whole, to the context rather than to parts. The West has chosen the syntax and the Aristotelian logic, believing that logic is founder of the world, thinking the world was a book that just needed to be deciphered, and so embraced the discourse of science. The same did not happen in China, where the source (the authority) was often more important than the evidence. But as Randall Groves notes “instead of causal thinking or logical analysis, China utilized correlative thought, which related image or concept clusters in terms of their meaningful dispositions”, and coherently with our thesis “correlative thinking is best suited to “process” understandings of the world, while causal thinking better accommodates “substance” views”. Probably for this reason many Westerners feel annoyed by the (apparently) a-logical proceeding that some Chinese show. Again Randall Groves “the Chinese give priority to the correlative while the West gives priority to causal thinking. The view that correlative thinking is merely an early pre-logical or pre-scientific form of reasoning is a result of viewing correlative thought from the perspective of causal thinking. If we begin instead from the perspective of correlative thought we realize the interdependence of the two modes”. We are so eradicated in our linear, causal, rational thinking that we feel a certain difficulty to relate to anyone who moves from other premises. The Chinese proceeding is more impressionistic, analogical: it’s more paratactic. But hypotaxis and parataxis represent two ways of proceeding, no one is better than the other. They simply represent different logics, different rhetoric.
Chinese proceed per analogy rather than pointing straight to the core of the matter, and some time they beat around the bushes. They might let the other imagine something, rather than express it directly. And they emphasize the timing for saying, rather than the message itself. Westerner are obsessed by the truth, by the substance, the content of the message. The truth is the key to the world: everything can be done in name of the truth. As a consequence if one keeps silent, that means tacit consent, even submission, or ignorance. But it’s different in Chinese culture, where the relation comes first: one can be right, but not direct, because this is considered unpolite and a lack of respect. In China a silence is sign of wisdom, because the relation is first of all with the other, not with the (big) Other. 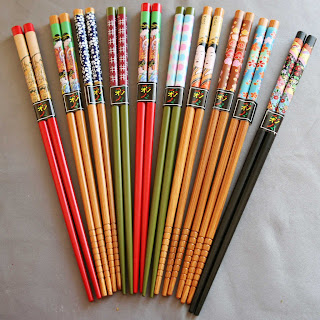 The Western discourse is substantialist, it aims at the core of things. We do not just approach problems, we want to go to the bottom, we want to analyze in depth. We face concepts until we have digested them. Or until we made indigestion. We want to go all the way up to the dessert. Just compare the cutlery and chopsticks. Chopsticks pick up food, do not pierce it. Not to mention the knife, never seen it on a Chinese table. The same word "chopstick" has been derived from "chop chop", meaning quickly (Merriam-Webster). Food and words in Chinese culture are taken in small doses, little by little. Difficult to make real binges with Chinese food. Hard to feel a sense of heaviness after a Dim Sum. Satisfactions are different at the table: the taste of substance in the west, the pleasure of variety in China.
Posted by Diego Busiol at 16:15