Talking about depression: schizoid-paranoid and depressive position in Hong Kong

Talking about depression in Hong Kong, I have been thinking about the Schizoid-paranoid and depressive positions described by Melanie Klein. I have been wondering if such positions might be applicable in this context, and if Hong Kong Chinese culture may influence their development and/or the movement between one and the other.

Use of defense mechanisms in Chinese contexts 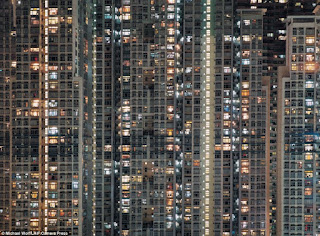 It is often reported that in Chinese culture, teachings focus on the repression rather than the expression of feelings and emotional vulnerability (Ots, 1990). Kleinman showed that the Chinese tended to manifest distress primarily somatically, likely as a consequence of suppression/repression. Yu (2006) found that among a sample of Hong Kong undergraduates, “participants were more inclined to the neurotic and immature defense styles, and were more likely to use such defenses as somatization, dissociation and autistic fantasy” (p.170). In contrast, he observed that among Westerners “humor, anticipation and rationalization” are ranked highest on average. Finally, he found denial clearly higher among Hong Kong Chinese than among the Western counterpart (Yu, 2006). Tseng (2004) observed that Westerners might consider some defense mechanisms that are frequently used by the Chinese as “immature”, although these mechanisms can be “adaptive” in a Chinese society.
Ho (1996) suggested that the social structure of the Chinese (filial-piety) allow an affect-role dissociation that may serve as a defense mechanism to fulfill obligations with emotional detachment.

Is Hong Kong Chinese culture and lifestyle hindering from a depressive position?
Can we find in the Hong Kong Chinese culture and in the social discourse circulating in Hong Kong anything that might describe one position better than the other?
For example, Chinese culture makes a clear distinction between insiders and outsiders. Liu (1984) observed that in Hong Kong people tend to have a suspicious attitude towards outsiders and distrust of them. Chinese society has been defined as a “low trust” society (Fang & Faure, 2010). Trust is exactly one of the qualities that we expect to find in a “depressive position”, in Kleinian terms.
Chinese communication has been described as insider-oriented meaning that the Chinese tend to speak more openly with people they know, or they have been introduced to (“insiders”), but they rarely speak to the people they do not know (“outsiders”) (Gao & Ting-Toomey, 1998).
Together, these seem to be mechanisms belonging to a schizoid-paranoid position (splitting “the good” Vs “the bad”) rather than a depressive position. Also the so-called filial piety may be thought as a way for overcoming the Oedipus complex, just like a strong hierarchy seems to be the way for preventing the conflicts.
Finally, particularly in Hong Kong, Chinese culture emphasizes the action and the speed over the speech and reflection (to some extent it emphasizes the acting out; few researches point out impulsivity as a common factor among the Chinese).

Is it then possible that the Hong Kong Chinese culture and the social discourse circulating in Hong Kong somehow limit the access to a “depressive” position, favoring instead a schizoid-paranoid type of functioning? (The schizoid-paranoid position is described by Melanie Klein in terms of a defense of the Self; however, it may be that the Self in a Chinese context has a different nuance than in Western societies).
Then, it may be that Chinese culture, particularly in Hong Kong, has evolved so as to prevent a depressive position (for example, literature normally shows that Chinese more than Westerners encounter more difficulties in recognizing or naming one’s own feelings and emotions; as mentioned above, it seems harder in this cultural context to recognize the object as contemporary good AND bad, or inside AND outside, mine AND not-mine. There is a much more clear cut in Chinese culture).
When feelings of guilt (although Chinese culture is commonly described as a culture of shame more than guilt), or loss of the object, or distrust arise, they may become unbearable. At this point, as the schizoid-paranoid position is not optimal (and these defense mechanisms are not always applicable) and the depressive position is not easily accessible, one may end up experiencing clinical depression (or even suicidal fantasies; suicide may also frequently be considered as a homicide/suicide, thus still belonging to the schizoid-paranoid position). 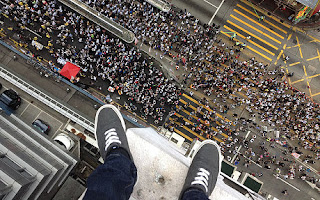 Then, an idea (not yet an hypothesis, just an idea) is that Hong Kong Chinese culture may be limiting this fluctuation between the two positions, making somehow hard to reach a depressive position. This emphasis on action, speed and efficiency may give the impression of a smoother functioning (“don’t think too much” I often hear people saying; as if without thinking life would be easier). Until something “goes wrong” and the breakdown comes…

(just some thoughts; please, forgive the oversimplifications and generalizations)