The intellectual table: why we eat as we talk. Part one: an introduction on how the language shapes the way we think and act. 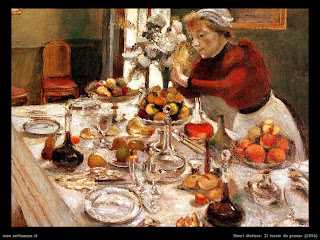 Eating is a moment of conviviality: words and food go hand in hand. Why do we sit around a table; why don't we just sit on the ground, or why don't we lay on the sofa? Eating requires a dispositive because eating is not just satisfying a need. Eating is a simple act, which refers to a complex culture: the attention we give to the food, the attention we give to the dispositive is the attention we give to the word. The same act of cooking is a matter of courtesy and hospitality; cooking requires the semblant, and care of the word.
The food exists within a story; there is no taste out of the word, the taste comes as a consequence of a telling. The food is caught in a symbolic order; what we like or dislike is not written in the DNA, it is the effect of the language. It is a common experience to change our taste completely and unexpectedly regarding certain food, for example from childhood to adulthood, or when we go to different places. In foreground is always the question of the language; of the word. The same act of eating together is meaningless if it is not accompanied by a good conversation. In Italy, the place where I come from, we can have meals for hours because we mainly meet for talking. 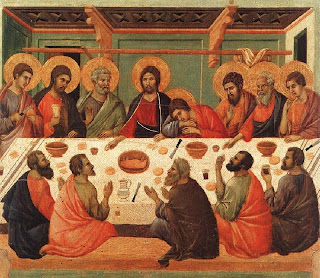 Words and food enter and exit from our mouth[1]. We are hungry for knowledge, thirsty for information, we eat books, we receive tasty or spicy news, we digest a concept and we can say something sweet or bitter. Some ideas are disgusting, some others are just food for the mind. Our relationship with food and eating is also our relationship with the word. It's curious that even within a country the food changes on regional bases, just as the language does with its dialects. In Italy one might be asked to “talk as you eat”, meaning “don’t pretend, use your own words”. 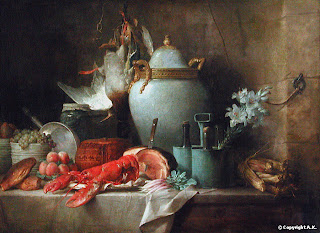 Many researches have been conducted on language differences and food differences (Mintz, 1996; Mintz and Du Bois, 2002; Debevec and Tivadar, 2006), but most of the times these topics have been treated separately, as belonging to different fields. Linguists explain extensively the differences between English, Italian and Chinese languages, but they generally lack at explaining how this is relevant for us, how this affect us as human beings. Anthropologists, on the other side, concentrated much on the substance: what food in what culture, cooked or raw, good or bad, healthy or unhealthy (isn’t it the same logic undergoing anorexia and bulimia?). I think that we should move from the logic of the “meaning” to the logic of “signification”: we are not just what we eat, as suggested by anthropologists, rather we are as we eat, and we eat as we talk: different eating patterns reflect different syntaxes.
Evidence shows that language structures the way we represent the world. Language is not just a medium of the “mind”. Research from Boroditsky, Schmidt and Phillips (2002) shows that people speaking different languages think differently and that “differences in thought can be produced just by grammatical differences in the absence of other cultural factors”. Starting from language differences my aim is to analyze how they shape our construction of the world, the way we think, the way we eat and the way we approach problems or theories. For example in Italian or in English we can have very long sentences, with lots of phrases connected, all of them having a precise order and subordination to another. Look at the Sonnet 29 from Shakespeare:
When, in disgrace with fortune and men's eyes,
I all alone beweep my outcast state
And trouble deaf heaven with my bootless cries
And look upon myself and curse my fate,
Wishing me like to one more rich in hope,
Featured like him, like him with friends possess'd,
Desiring this man's art and that man's scope,
With what I most enjoy contented least;
Yet in these thoughts myself almost despising,
Haply I think on thee, and then my state,
Like to the lark at break of day arising
From sullen earth, sings hymns at heaven's gate;
For thy sweet love remember'd such wealth brings.
That then I scorn to change my state with kings.
This is one long sentence of 20 phrases! It is like a huge lunch of 20 dishes, from appetizers to the coffee. Following Cerantola (2010) one might ask: how to translate all this huge amount of food into Chinese? Most probably on a Chinese table we would see 20 different plates and cups at the same time that we wouldn’t even be able to distinguish where to start from, because actually there is not a temporal sequence, there is not something that comes before and something that follows. 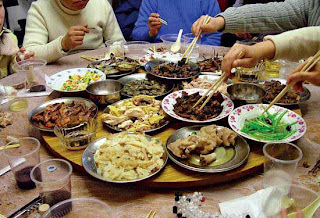 This is the difference between hypotaxis and parataxis. According to the Oxford Dictionaries (on-line resource) hypotaxis is “the subordination of one clause to another”. Parataxis on the contrary is “the placing of clauses or phrases one after another, without words to indicate coordination or subordination, as in Tell me, how are you?”. Linguists consider this as one of the most important typological distinctions between English and Chinese (Nida and Taber, 1982; Ning, 1993; Li, 2006;). And what is the syntax of our eating patterns? We can say that at eating Westerners more than Chinese emphasize the subordination, the sequence and the structure. 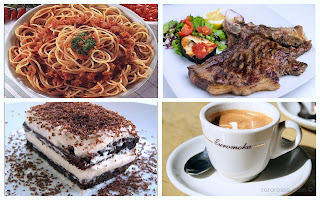